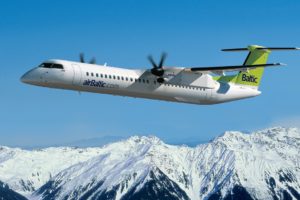 The state owns 80% of the shares of Air Baltic, while another 20% are in the hands of the Danish company Lars Tusen.

“We are not planning any cuts. On the contrary, we are working on the development of Air Baltic and the strengthening of competitiveness. Direct flights will be added to three more airports – Vilnius, Riga and Tallinn”, said the Secretary of the Ministry of Transport of Latvia, Kaspars Ozoliņs.

Despite the very successful year for Air Baltic, the company needs an investor. According to the rules of the European Union, the state can not invest in an airline, as such actions will be treated as state support.

The government has not decided yet either to sell all the shares of the airline or only a part.