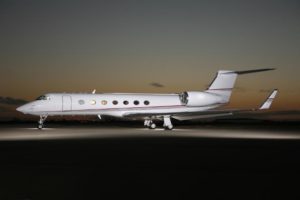 The plane Gulfstream V 2004 release was purchased in the United States, but will be registered in Argentina. On board, the liner has two bathrooms and two kitchens. The tail unit is marked with number 10, under which Messi stands, and on the steps of the stairs, the names of the members of the striker’s family are written.

The plane arrived at Buenos Aires airport on Friday. A special hangar will be built for the liner.

The Gulfstream V is a long-range, large business jet aircraft produced by Gulfstream Aerospace, derived from the previous Gulfstream IV. It flies up to Mach 0.885, up to 51,000 feet (16,000 m) and has a 6,500 nautical miles (12,000 km) range. It typically accommodates four crew and 14 passengers.