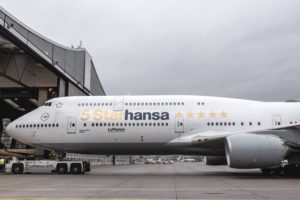 Frankfurt Airport warned of significant delays and cancellations of flights due to strikes in France and Germany. Lufthansa will cancel “more than 800” flights on Tuesday as public sector workers are on strike for higher pay. Due to the strike, Lufthansa has to cancel more than 800 of its 1,600 planned flights for tomorrow, including 58 for long-distance flights, the group said in a statement, adding that about 90,000 passengers will be affected.

The services will return to normal on Wednesday after the strike, during which groups of staff, as support staff and firefighters at the airport, will be out of work between 5:00 and 18:00 local time, according to Lufthansa.

Frankfurt Airport, the largest in Germany, has warned its website of “significant delays and cancellations” affecting many airlines by asking passengers to check with their carrier whether their flight will take place before departure. The temporary warning strike will also affect airports in Munich, Cologne and Bremen, as well as local transport, kindergartens, garbage collection and hospitals in several provinces such as the capital Berlin, Bavaria or North Rhine-Westphalia.

The main trade union Ver.di said the talks between April 10 and 13 aim to increase pressure on employers to “give public sector workers a share in good economic performance” in the largest European economy. The union’s workers ‘representatives, GEW Teachers’ Association and DBB Civil Servants want a 6.0% wage increase or salary increase of at least 200 EUR for 2.3 million people working for federal and local governments in Germany.

They were encouraged by the success of the strong metallurgical union IG Metall, which gained a 4.3% increase in wages. The last round of talks between public sector unions and their employers is scheduled for April 15-16. Warning strikes, which last for several hours, are a traditional warming of wage negotiations in Germany. If negotiations fail, trade unions can resort to more aggressive, longer-lasting strikes.

Meanwhile, Air France plans to complete 75% of its flights tomorrow because of the ongoing personnel strike. The announced percentage is similar to the one of the first four days of strike, which took place between February 22 and April 3. On Saturday, the fifth day of strike action, 70% of the flights were completed.

Eleven unions insist on a 6% increase in wages. They are calling for new strike action on Wednesday, then on April 17 and 18 and on April 23 and 24.
The managers estimate 35.3% of pilots, 20.2% of flight attendants, and 13% of ground staff. Today, the French railways are again striking and 80% of high-speed trains are not in operations. About a quarter of international lines are affected. Trade unions are angry with President Emmanuel Macron, who plans to lift the special status of drivers, which guarantees benefits as a lifetime job. The government wants to make the rail sector more competitive.