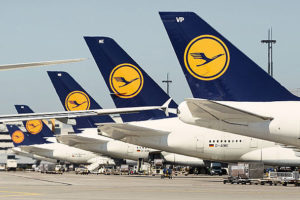 Lufthansa examine the opportunities for expansion in Italy in connection with the crisis of Alitalia, but it does not plan to buy this company, released the air carrier’s CEO, Carsten Spohr, during the talks on the industry meeting in Mexico. According to the manager, Lufthansa can buy Alitalia aircraft if it sells them. In addition, the passenger capacity of the air fleet of its budget unit Eurowings can be increased.

“Eurowings is a pan-European model. If there is an opportunity to lead the Eurowings to Italy this will be one of the options”, said the CEO of Lufthansa, Carsten Spohr.

He also said that the demand for Lufthansa services this year exceeds expectations – the dynamics of passenger traffic from the US and Asia is positive.

“From the point of view of the outlook, we are becoming more optimistic about each week with regard to the demand situation – especially (on flights) from the US and Asia”, said Carsten Spohr.

Lufthansa is the largest German airline and, when combined with its subsidiaries, also the largest airline in Europe, in terms of fleet size, and the second largest airline in terms of passengers carried during 2016. It operates services to 18 domestic destinations and 197 international destinations in 78 countries across Africa, the Americas, Asia, and Europe, using a fleet of more than 270 aircraft. Lufthansa is one of the five founding members of Star Alliance, the world’s largest airline alliance, formed in 1997.