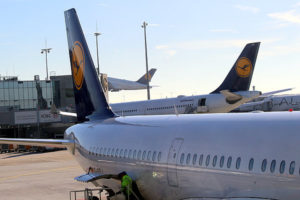 The airlines of Lufthansa Group continue to expand the possibilities of differentiation of content, obtained through new distribution channels, and present special fares for travelers booking tickets through partners using Direct Connect and through the airline sites. Lufthansa Group, which includes airlines Lufthansa, SWISS and Austrian Airlines, announced promotion of reduced rates for flights on selected European and intercontinental routes, which is valid since October 15.

Airlines Lufthansa, Austrian Airlines, Swiss International Air Lines and Brussels Airlines have been certified by the International Air Transport Association (IATA) to use the standard of distribution of NDC services (New Distribution Capabilities) of the third level, which allows managing the offers and sales.

This became possible due to significant investments of Lufthansa Group in new promising technologies and successfully implemented Direct Connect solutions in their sales markets. The advanced distribution channels and a new approach to content delivery play a key role in the airline sales strategy, which aims to personalize offers to customers in the e-commerce sector.

Deutsche Lufthansa AG, commonly known as Lufthansa, is the largest German airline and, when combined with its subsidiaries, also the largest airline in Europe, in terms of fleet size, and the second largest airline in terms of passengers carried during 2016. It operates services to 18 domestic and 197 international destinations in 78 countries across Africa, the Americas, Asia, and Europe, using a fleet of more than 270 aircraft.