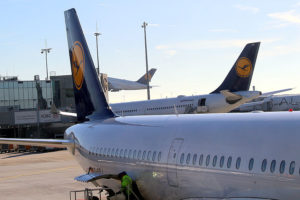 Lufthansa Group continues to further optimize the management of its hub airports in Munich, Frankfurt, Zurich and Vienna. The focus is on building a flexible system that combines four hubs. But integrated processes allow the aviation group to easily redistribute the air fleet and regulate passenger traffic, choosing the best conditions in terms of quality, opportunities for growth and economic efficiency.

In particular, the executive board of Lufthansa decided to accelerate the growth rate at the Munich airport and develop the capital of Bavaria as a hub with an emphasis on flights to Asian countries. In 2019, the aviation group expects growth at this hub airport at around 10% compared to last year for all Lufthansa Group network airlines. In addition to the increased frequency of flights from Munich to Seoul and Singapore in the summer of 2019, a direct daily flight to Bangkok will be held on regular basis for the first time. Tickets for this flight will be available for booking starting October 4, 2018. In addition, the Lufthansa Group will strengthen the route network in Asia with departure from Munich by transferring flights from Frankfurt to Osaka (Japan).

“The transfer of five Airbus A380s from Frankfurt to Munich in the summer of 2018 was very well received by the market and has an undoubted success. Therefore, Lufthansa is considering moving several more Airbus A380 airliners in 2020. In addition, three Airbus A320s will be transferred from Frankfurt to Munich to increase feeder flights in exchange for three lower-capacity Bombardier CRJ900 liners that will start flying from Frankfurt. Munich Airport, which has a five-star rating, will also have more aircraft at its disposal. For this purpose, most of the fleet of Airbus A340-600 aircraft will be transferred from Frankfurt”, says official statement of Lufthansa Group.

Optimization of the route network in conjunction with the improvement of the quality of the services provided will be in the center of attention in the development of the airport in Frankfurt. Lufthansa will restrain the growth rate of this hub airport in order to improve punctuality and sustainability of operations. According to the results of 2019 in this hub, the aviation group expects a slight increase in the performance of airlines operating flights from hub airports. In the winter 2018-2019, Lufthansa Airlines will have four new destinations with departures from Frankfurt: Eilat (Israel), Agadir (Morocco), Trieste (Italy) and Thessaloniki (Greece). In addition, Lufthansa is expanding its route network in the United States. Starting from May 3, 2019, the airline will operate flights from Frankfurt to Austin (USA).

The Lufthansa Group also has plans to develop another hub airport for the aviation group – the hub of Swiss International Air Lines in Zurich, Switzerland. Due to the significant successes of the past years, the goal is to ensure moderate growth rates. The focus will be on expanding the intra-European route network. So, in the winter 2018-2019, a new flight will appear – to Bremen. In addition, SWISS began operating flights to Bordeaux (France), Kiev (Ukraine), Brindisi (Italy), as well as to the German island of Sylt – these destinations are popular with passengers throughout the year.

Austrian Airlines, operating flights from Vienna, will significantly expand its network of intra-European routes within the winter 2018-2019. Starting from the end of October, the number of flights per week will be increased by more than 40. Austrian Airlines aircraft will fly to another 14 cities, including Berlin, Dusseldorf and Hamburg, as well as Copenhagen (Denmark), Kiev (Ukraine), Athens (Greece) and Krakow (Poland). Such a significant expansion of geography was achieved thanks to the optimization of the route network. In addition to new flights within Europe, Austrian Airlines plans to increase the frequency of flights to cities in North America, which will strengthen Vienna’s position as a hub for the Lufthansa Group airport.

“Our hub system is successfully functioning and confirms its success. Due to it, we can react incredibly quickly and flexibly to changing conditions. Quality, efficiency and cost effectiveness remain decisive factors for us”, commented Harry Hohmeister, member of the executive board of Deutsche Lufthansa AG and head of passenger traffic management at hub airports. “If we talk about the industry, then the main goal now has to be – quality improvement. This means that the infrastructure, both in the sky and on earth, should not lag behind the growth and development of the industry as a whole. The existing deficit must be eliminated. We have the opportunity to grow where price and quality correspond. That is why, continuing to monitor the development indicators of our hubs, we postponed until next summer the decision on which airport to send the new Boeing 777-9. He will start operating flights from 2020, and we expect that the updated business and premium economy salons of this airliner will set new standards for the industry”, added he.