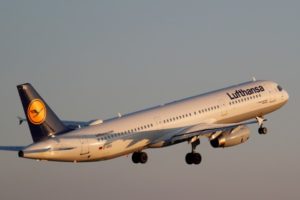 German airline Lufthansa AG reported a net loss for the first quarter of the year due to higher fuel cost. The earnings statement comes just a month after the company lowered its growth plans. Lufthansa reported that the adjusted loss before interest and taxes reached 336 million EUR (380 million USD).

The decrease, compared with the 52 million EUR profit a year earlier, is particularly high given the strong performance of the first three months of last year, preceded by the collapse of Air Berlin (end-October 2017).

Among the main reasons for the reported loss for the January-March period is the decision by the German airline to abandon the planned increase in capacity this summer, raise ticket prices and focus on improving profitability.

Lufthansa’s fuel costs grew by 202 million EUR in the first quarter, which corresponds to the company’s forecast for growth of 200 million EUR in each of the first three quarters. The company predicts the annual increase in these costs in the year 2019 to reach 650 million EUR.

The airline is still expecting an annual profit margin before EBIT of between 6.5% and 8%.

Lufthansa will publish a detailed report for the quarter on April 30.

Since the beginning of the year, the company’s shares have soared 12%.