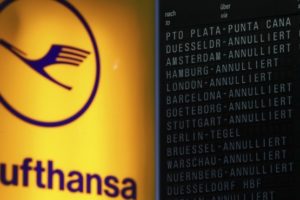 The strong summer season bookings and significant cost savings have helped the German airline Lufthansa to achieve a steady profit in the first half of 2017. Together with the low-cost division Eurowings, the freight division Lufthansa Cargo again made a significant contribution to the company’s strong financial performance.

In the first half of the year Lufthansa benefited not only from the higher fares, but also the cheap charter flights of Air Berlin and Brussels Airlines, which was fully acquired by Lufthansa in January 2017.

Only a few days ago, company manager Karsten Spor raised the cautious forecast for 2017 to an operating profit higher than last year’s 1.75 billion EUR. According to analysts, the airline group can achieve operating profit of up to 2.65 billion EUR, which will surpass the previous record of 1.82 billion EUR in 2015.

After a long period of stagnation, Lufthansa Cargo announced an operating profit of 78 million EUR, only an year after reporting losses of 45 million EUR.