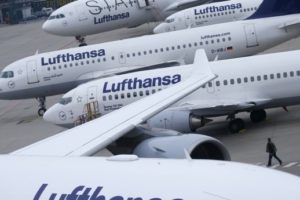 The German airline Lufthansa, the country’s largest carrier, resumed some of its long-haul flights from Berlin and increased the aviation park of its low-budget Eurowings company, filling the vacuum created by the rival Air Berlin. Lufthansa starts flying from Berlin to New York since November, for the first time since 2001 to base a long-haul aircraft in the German capital.

In addition, Lufthansa will increase its fleet of Eurowings to 10 aircraft Airbus A330 for the summer season next year. The plan so far has been to increase to 7 aircraft by the end of the year.

Air Berlin, which announced insolvency in August, is terminating its long-haul routes since October 15, after leasing companies took back their aircraft.

Some Air Berlin aircraft are already owned by other companies. On Wednesday, Malaysia Airlines said it plans to lease six A330 second-hand aircraft from AirCap, which are currently in use by Air Berlin.