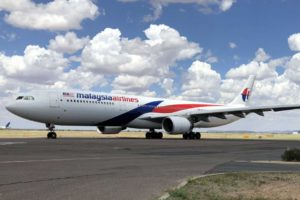 Malaysia Airlines intends to cancel provisional order of eight Boeing 787 aircraft for a total amount of more than 2.25 billion USD. Its group chief executive officer Izham Ismail said the reason is because the national carrier can’t ascertain its wide-body plane requirements at the moment.

“We will only go to Request for Proposal and engage the board depending on our future network plan”, said Izham Ismail. “Malaysia Airlines current aircraft fleet of 81 is sufficient for the airline to service its existing network of 58 destinations”, said also he, adding that the decision to purchase the aircraft would be based on needs and the company’s financial status.

The provisional deal was made by former prime minister Datuk Seri Najib Razak during his visit to the United States last year. Najib had told United States President Donald Trump that Malaysia Airlines would purchase from Seattle-based Boeing 25 B737 jets and additional eight 787 Dreamliners.

Izham Ismail said the RFP would come into play when the airline’s 15 units of wide-body Airbus A330-300 started to age and come off leasing agreement by 2023.

Malaysia Airlines Berhad is an airline operating flights from Kuala Lumpur International Airport and from secondary hubs in Kota Kinabalu and Kuching to destinations throughout Asia, Oceania and Europe. Malaysia Airlines is the flag carrier of Malaysia and a member of the oneworld airline alliance. The company headquarters are located at Kuala Lumpur International Airport.