On the night of June 30, shortly before midnight, a small car from space crossed the atmosphere to land a few kilometers off Dunkirk. Didier Schreiner, responsible for the planetarium at the Palace of the Universe and Sciences of Cappelle-la-Grande, decrypts the phenomenon for us.

“In theory, meteorites are very common. It is estimated that the Earth meets every day between 200 and 300 tons of “extraterrestrial matter”! But most are dust, or small elements that, with speed and friction with the atmosphere, burn up before touching the ground. In the twentieth century, only two meteorites were found on the territory of Nord-Pas-de-Calais.”

“Three years ago, the Paris Observatory set up the Fripon network, made up of a hundred cameras that constantly monitor the skies of France. On June 30, five of them (Cappelle-la-Grande, Arras, Lille, Wiremeux and Canterbury) spotted this car, which allowed to reconstruct its trajectory and model it in 3D. We know that this meteorite, at most, has passed somewhere between Mars and Jupiter!” 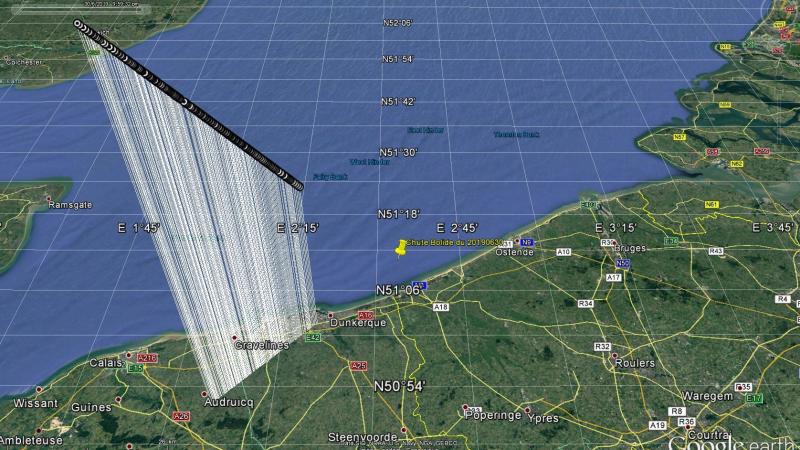 Meteorites are a mine of information for scientists. They are “primordial pebbles”, unchanged from the beginning, that can tell us about the history of our own planet. When one falls on the mainland, another network, Vigie-Ciel, is launched, whose mission is to organize battles and find the fragment.

The PLUS is referent at the regional level: 150 volunteers can be mobilized in the event of a meteorite fall. It is necessary to act very quickly, to avoid that the fragment is too much altered by its exchanges with the atmosphere. This weekend, I will surely be hanging out on the beach between Dunkerque and Koksijde…”

“At best, you get an area of ​​about two kilometers out of five. We then base ourselves on the human testimonies, when there are some. The cameras offer great precision, which must be supplemented with weather data. The meteorite of June 30, for example, “extinguished” at 30 km altitude (the friction with the atmosphere, which first causes a melting of the meteorite, eventually curbs the fireball, which stops consume and finish its trajectory in free fall, note: it is therefore necessary to take into account the strength of the winds, at various altitudes.”

Newer PostThey Reveal What the Giant Fireball that Crossed the Florida Sky Was
Older PostImages of a UFO Captured in Oaxaca, Mexico Go Viral