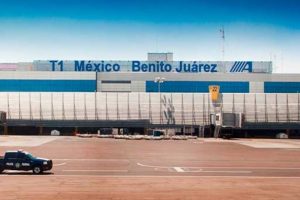 Mexico City Benito Juarez International Airport resumed work, after being closed for several hours by the powerful earthquake. A few hours ago, the airport stopped working after an earthquake measuring 7.1 in the state of Morelos, located next to the country’s capital, to check the infrastructure strength and safely inspect all the facilities.

“The work is resuming from 4:00 pm local time”, wrote the administrator of the Mexico City Benito Juarez International Airport in Twitter.

The epicenter of the earthquake was 49 km south-west of the city of Puebla de Zaragoza and 8 km from the village Tepehoma. According to the latest information, more than 120 people died and thousands were wounded.

Meanwhile, some airlines are allowing Mexico City travelers to change their tickets without paying fees after a deadly and powerful earthquake. Many of the flights were cancelled or postponed due to closure of the airports. Anyone with plans in the next few days to fly in or out of Mexico City should check with their airline before heading to the airport.