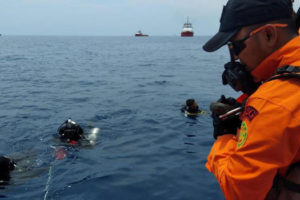 The head of the Indonesia airline Lion Air said that the crashed airplane off the coast of Jakarta had technical problems after flight in the previous day, but they were fixed.

“This plane previously flew from Denpasar to Cengkareng (Jakarta). There was a report of a technical issue which had been resolved according to procedure”, said the CEO of Lion Air, Edward Sirait. According to him, he is sure that the pilots of the company acted “in accordance with the proper procedures”.

However, the local authorities reported that the emergency beacon did not emit a distress call, despite it being certified to work until August 2019.

Lion Air’s Boeing 737 MAX8, carrying 189 passengers and crew, crashed into the sea shortly after takeoff from the Indonesian capital Jakarta. The flight JT610 was reported missing 13 minutes after it took off at 6:20 a.m. (local time) en route to Pangkal Pinang, the capital of the Sumatran island of Bangka-Belitung. The search and rescue operation found debris from the missing flight. They suggested that the fuselage is probably on the sea floor at a depth of about 35 meters.