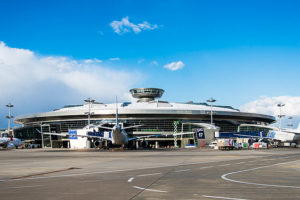 Airports of the Moscow Aviation Hub, which includes Vnukovo, Domodedovo and Sheremetyevo, served 43.364 million passengers in the first half of 2018, which is 9.3% more than in the same period in 2017. This is stated in the message of the Federal Air Transport Agency.

Moscow has long been a gateway between the east and west – and its three thriving airports, Domodedovo, Sheremetyevo and Vnukovo anticipate record passenger growth through to 2030. This anticipated passenger growth will add significant strain to the already under-capacity city and regional land and air transport infrastructure.