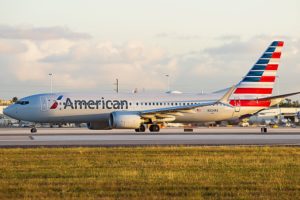 “The NAACP has been monitoring for several months some of the alarming American Airlines cases reported by African-American passengers”, said the civil rights organization. “Following recent events we published the reports of our advisers, warning passengers, especially African-Americans, to exercise caution when using American Airlines. On this airline they may be subjected to disrespectful, discriminatory or unsafe conditions”, adds the association.

“We are disappointed to hear about these recommendations, because our team members – a diverse community of pilots and flight attendants – are proud to serve customers of all walks of life”, said the American Airlines spokeswoman, Shannon Gilson. “Every day, America seeks to provide a positive, safe travel experience for everyone who flies with us”, added she.

The spokeswoman said that the company plans to meet with NAACP officials in connection with cases of discrimination.

American Airlines is an American airline headquartered in Fort Worth, Texas, within the Dallas-Fort Worth metroplex. It is the world’s largest airline when measured by fleet size, revenue, scheduled passenger-kilometers flown, and number of destinations served. American together with its regional partners operates an extensive international and domestic network with an average of nearly 6,700 flights per day to nearly 350 destinations in more than 50 countries.