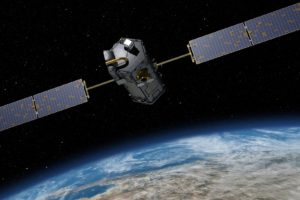 NASA plans to install scientific software onboard the IMAGE satellite, which managed to reconnect after 12 years of silence. According to the specialists of the agency, the satellite is in good form and its batteries are fully charged.

The American IMAGE satellite, designed to study the Earth’s magnetosphere, worked in space since March 2000. On December 18, 2005, communication with the device was unexpectedly interrupted, and numerous attempts to restore it failed. NASA created commission to determine the causes of the accident, which concluded that the satellite was lost due to a failure in the power controller, which supplied the transmitter with energy. The mission was officially closed. However, in mid-January 2018, Canadian amateur astronomer Scott Tilley said that he managed to get a steady radio signal from the aircraft, and on January 29, NASA experts confirmed that the signal received by Scott Tilley really comes from IMAGE, since the data contained identification number of the device is 166.

The telemetry information from the board of the device shows that its batteries are fully charged and the on-board computer appears to be working properly. The new data also showed that the main on-board computer, “side A”, is now on board. The satellite IMAGE, like most other spacecraft, has on board two identical onboard computers, which are called “side A” and “side B”. In November 2004, the then fully operational satellite suddenly rebooted, after which the power supply remained only on the “side B” and the device from that moment was operated by a second computer. However, now the analysis of telemetry has shown that the “side A” is again working on the satellite – the reasons for this change and the reset are still unclear.

In world practice, there are other examples of the successful restoration of communications and the resumption of space missions. Thus, the Hayabusa spacecraft sent to the Itokawa asteroid, after successfully taking the ground, lost its connection with the Earth. Establish communication was possible only six months later, and the lander capsule with ground was delivered to Earth three years after the originally stated deadline.