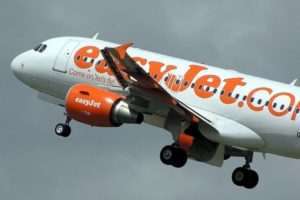 At the same time, EasyJet reported a record volume of passenger traffic. The indicator increased by 9.7% to 80.2 million passengers.

“EasyJet has achieved steady performance in this difficult year for the aviation industry and has transported a record 80 million passengers”, said the company’s CEO Carolyn McCall in a press release.

In early November, EasyJet said that starting from December 1st, the airline will have new chief executive officer – Johan Lundgren, coming from TUI Group, while the current CEO of Carolyn McCall will leave his post on November 30.

The British budgetary airline EasyJet was founded in March 1995. The company’s shares are included in the British index FTSE 100 and are traded on the London Stock Exchange. The airline is based at London Luton Airport. It operates domestic and international scheduled services on over 820 routes in more than 30 countries.