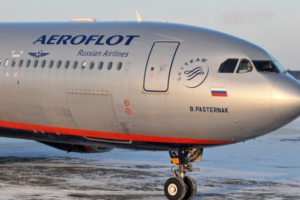 The commercial expenses for the reporting period decreased by 6.2% to 14.87 billion rubles, while management costs rose by 5% to 5.3 billion rubles.

Over the six months of 2017, the airline increased transportation by 13.5% to 15.2 million passengers.

Aeroflot is the largest airline in Russia. The main shareholder of Aeroflot is Rosimushchestvo (51.2%), another 4.5% is owned by a subsidiary company Aeroflot-Finance, 3.3% owned by the state corporation Rostek, 34.8% by institutional investors, and 6.1% belong to individuals.