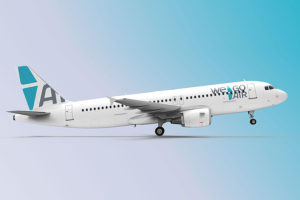 A new airline We Go Air will be established in Russia. The air carrier will specialize in international charter flights.

It is planned to begin flights in April 2019, from the beginning of the spring-summer schedule. At the first stage, the airline’s fleet will consist of three Airbus A321 aircraft. This is enough to get access to charter flights. Now the airline is gaining pilots and flight attendants.

We Go Air will be based at Zhukovsky Moscow Region.

The passenger salons of aircraft A321 will be made in a single-class layout, designed to carry up to 220 passengers. Aircraft will be equipped with engines CFM56-584/P. The average age of the aircraft will be 10 years.

According to the plans, the airline will operate flights to the resorts of the Mediterranean Sea and European ski resorts. The airline is created on the basis of the North-Western airline at St Petersburg. The carrier does not need to receive a new certificate of the operator and fly for two years in Russia, as required by law.