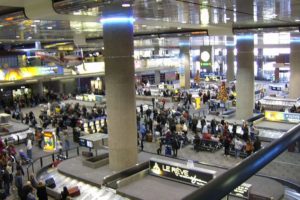 The new airport in Istanbul will be equipped with innovative baggage tracking system, developed by SITA. The opening of the airport is scheduled for 2018 and the investments in the construction and equipping of air gates amounted to 10.2 billion EUR.

“In such conditions, the probability of loss of luggage is high, but our decision will avoid this. Thanks to it, you can almost instantly get information about the whereabouts of any registered bag: the data is received in real time”, said SITA experts. According to them, the system brings a double benefit, as the passengers can not worry about loss of luggage, and airlines can track the loading of things into each aircraft.

Earlier it became known that by the end of 2016 the percentage of lost suitcases in the world fell from 12% to 6%.