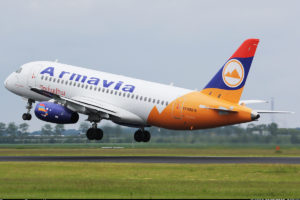 The Ministry of Transport of the Russian Federation is developing changes in the federal aviation regulations, which aims to improve the aviation industry and manufacturing in the country. The new airline have at least 3 domestic-produced aircraft of age not older than 5 years in its park in order to commence operations and get license.

Now, to obtain an operator’s certificate allowing regular commercial passenger transportation, the airline must have at least eight aircraft with a minimum of 55 seats.

“The Ministry of Transport proposes to supplement these rules with the condition that the operator must have at least three domestic aircraft of at least 5 years old in the fleet in order to commence flights, thus encouraging Russian air carriers planning to fly regularly to increase the number of Russian-made aircraft in their parks”, says the official statement of the ministry.

The main share of the fleet of Russian airlines now consists of aircraft produced by American Boeing and European Airbus.