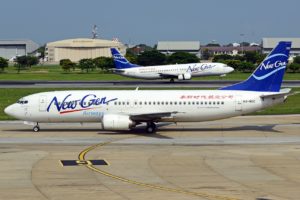 NewGen Airways plane Boeing 737-800 landed by an emergency at Bangkok’s Don Muang Airpot due to heavy smoke inside the passenger cabin. The aircraft was performing flight E3865 from Bangkok-Don Muang International Airport to Wuxi Airport, but shortly after takeoff, the crew received information about smoke in the cabin. The pilot diverted and abandoned climbing off Bangkok. The plane made a safe landing 18 minutes after takeoff. There were no reports about injuries during the incident.

The accident was reported to local authorities. The investigation for the root cause of the accident is underway.