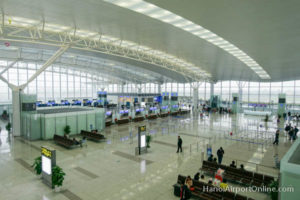 Noi Bai International Airport in the Vietnam’s capital Hanoi has implemented a unified EonStor GS data warehouse to back up critical air harbor data in a virtualized environment. Reports about it TASS.

Noi Bai Airport is the largest in Vietnam in terms of total capacity. It also serves as the base for the national carrier Vietnam Airlines. Against the background of intensified air traffic and the growing number of passengers, the airport administration urgently needed to upgrade the existing IT infrastructure in order to increase the reliability of its information system. One of the most important elements of such an infrastructure is a good backup system.

The airport management has replaced its old system with the unified EonStor GS 3012 storage with the Veeam Backup software. The new system creates backup copies of virtual machines at the image level, using the snapshot function of the hypervisor to obtain VM data and providing automatic disaster recovery of information. To deploy the NAS backup system, only one specialist was needed. As a result, the airport received an extremely reliable and efficient data archiving system that complements the existing information infrastructure of the airport.

EonStor GS 3000 is a unified storage with support for Veeam software and high bandwidth. The system is great for backing up data at block and file levels. High capacity and compact design allows to install storage in tight spaces, ensure energy efficiency, and also greatly simplify the initial setup process and subsequent operation. By means of expansion housings, the system is capable of supporting up to 850 disks with a total capacity of more than 10 PB.