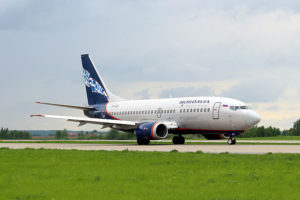 Nordavia Airlines intends to focus on improving the efficiency of its operations and will carry out structural changes to accelerate the achievement of итс goals. As part of the structural changes, the general director of the airline, Anatoly Semenyuk, will take the position of chairman of the board of directors. He will be responsible for the development of the airline and the preparation for the creation of a management company in the framework of the aviation holding in partnership with the airline Red Wings.

Changes in the management of the company will take effect November 19, 2018.

“Nordavia opens a new page in its development. We want to become truly modern, efficient and vibrant. To do this, every employee of the company, from the CEO to the flight attendant, must work enthusiastically, creatively and with full dedication. The potential of the airline allows it to be done”, said Sergey Savostin.

Another direction of the company’s restructuring will be the completion of the rebranding process in 2019. Nordavia will be renamed Smart Avia as previously planned. Some elements of the brand have already been introduced into the daily life of the carrier. Recently, the airline’s flight attendants received a new form. Since the beginning of the year, a new logbook, FlySmart, has been published for passengers of the airline

“The company’s development will go along with its alliance partner, Red Wings airline. Ultimately, consolidation will end with the creation of a single management company, which will allow the alliance to reach new frontiers as a new powerful player in the Russian air transportation market”, said the new CEO of Nordavia, Sergey Savostin.

The annual passenger turnover of the aviation alliance in 2018 may exceed 4 million people.

The airlines Nordavia and Red Wings have been working for more than a year using each other’s route network, as well as an aircraft fleet and an agent network for selling tickets.