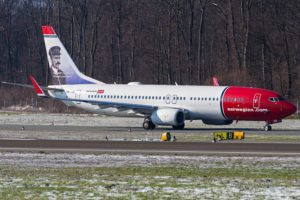 The aircraft Boeing 737, owned by the airline Norwegian, almost a month cannot fly from Iran to Norway due to technical problems.

The reason for such long forced parking of Norwegian Airlines Boeing 737 in Iran is the lack of spare parts for its repair. Because of the US sanctions imposed last year for the supply of civilian airliners and spare parts to the Islamic Republic, the country faces serious problems in maintaining its fleet and repairing transit aircraft.

Currently, a team of specialists arriving from Norway in Shiraz is deciding how to fix the broken aircraft and return it to its homeland.

“I can only say that we are working with several options to get the plane back on the wings, and right now we are waiting for our technicians to be able to service the plane and to get it working”, said the Norwegian Air spokesman, Andreas Hjornholm.