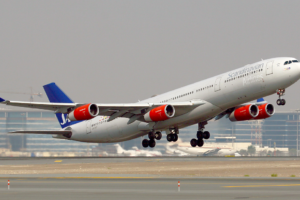 Norwegian pilots of the international airline Scandinavian Airlines (SAS) canceled the strike, which was scheduled to start on Thursday. At night, representatives of trade unions reached an agreement with the company on increasing the salaries of pilots by 6% for three years and fulfilling a number of other requirements.

On Wednesday, Scandinavian Airlines (SAS) canceled 100 flights scheduled for Thursday, including 58 departures from the Oslo airport. Passengers using the airline’s services may experience delays during the day, but SAS is promised to return to the normal flight schedule as soon as possible. More than 10,000 passengers are affected by the disruptions.

“We have made a breakthrough with our key demands. This means that we can recommend the agreement to our members”, said the lead negotiator from Norsk Flygerforbund, Jens Lippestad, in the press conference.

The conflict was resolved at around 4am Thursday morning. The two sides had met for informal talks at Norway’s state mediator Riksmekleren’s office on Wednesday afternoon. The negotiators from the two pilot unions (SNF and NSF) confirmed that the agreement ensures full-time contracts will normally be given to pilots, leave can be taken during school holidays, and a six percent pay increase over three years.

In Denmark and Sweden, negotiations with pilots ended a week earlier than in Norway. Three Scandinavian states jointly own 42.9% of the airline.