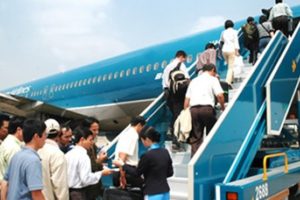 The number of air passengers will reach 7.8 billion people in 2036, which will almost double the expected figure of 4 billion people this year, according to the International Air Transport Association (IATA). This estimate is based on the fact that the average annual growth rate will be 3.6% during this period.

“All factors lead to an increase in the demand for global interconnectedness, the world should be ready to double the number of passengers in the next 20 years”, said the chief of IATA, Alexandre de Juniac. “This is fantastic news for innovation, but it is also a huge challenge for governments and the industry that must successfully meet this demand. The main driver of passenger traffic growth will be the Asia-Pacific region. It will account for more than half of new passengers in the next 20 years”, added he.

At the same time, China will overtake the US and become the world’s largest air market around 2022. This is two years closer than the previous forecast of IATA. The UK will drop from third to fifth place, being overtaken by India in 2025 and Indonesia in 2030. Thailand and Turkey will enter the top 10, replacing there France and Italy, which will occupy the eleventh and twelfth positions respectively.

The average annual growth rate in Europe and North America in the next 20 years will be 2.3%, while faster expansion will have in Asia, Latin America, Africa and Middle east of over 4%.

IATA represents 275 airlines around the world, accounting for about 83% of global air travel.