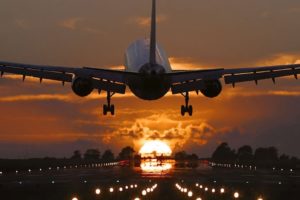 The number of casualties in commercial aviation accidents in the world decreased in 2017 to 19 compared to 202 in 2016, according to the International Air Transport Association (IATA). The average level of this indicator for the previous five years (2012-2016) exceeded 310 people.

In this case, according to IATA, in 2017 there were no fatalities on jetliners: five out of six crashed airplanes are turboprop aircraft, in the sixth – a cargo plane. The fall of the cargo plane also led to the death of 35 people on the ground.

The aircraft crash index (calculated as the number of non-renewable aircraft with Western engines per million flights) decreased last year to 0.11, which is equivalent to one incident for 8.7 million flights. In 2016, this indicator was 0.39, and the average for the past five years was 0.33.

At the same time, the security indicators for IATA member airlines are better than for the industry as a whole. Their accident rate in 2017 was zero.

“The year 2017 was very successful from the point of view of aviation safety. About 4.1 billion travelers safely flew with 41.8 million flights”, said the head of IATA, Alexandre de Juniac, whose words are in the message. “We have seen improvements in almost all key indicators and in the world as a whole, and in most regions”, added he.

Among the regions (at the main place of business of the airline operator), the CIS became the most dangerous with a coefficient of 0.92 in 2017, compared to 1.17 on average over the past five years. In Europe, the accident rate was almost unchanged – 0.13, in North America it fell from 0.22 to zero, in the Asia-Pacific region – from 0.48 to 0.18.

As IATA notes, in 2017 the risk of death during a commercial flight dropped to 0.09. That is, on average, when traveling by plane every day a person will need 6,033 years before there is an accident in which at least one passenger will perish.

IATA members are 280 airlines from 120 countries, which together provide about 83% of the world’s air transportation.