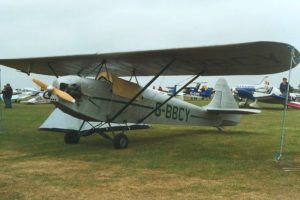 One man died after light aircraft Luton LA-4 Minor crashed near Belchamp Walter, Essex, UK, causing the death of one person. The circumstances around the accident are unknown and still under investigation. The aircraft was performing landing but crashed near the landing strip.

Firefighters were called to assist at the scene and reported on arrival that the aircraft, which landed in an arable field, was alight. Five fire crews from Essex attended the scene in Bells Road, Belchamp Walter and described it as an “aircraft incident”.

Essex Police said they were called to “reports of a light aircraft in distress” at Belchamp Walter just before 11.50 am on Sunday. The victim, a man in his 50s, was pronounced dead at the scene.

Luton L.A.4 Minor was a 1930s British single-seat high-wing ultra-light aircraft. The prototype was built by the Luton Aircraft Limited, and design plans were later adapted and copies sold for homebuilding. It was powered by a 35 hp Anzani inverted-vee air-cooled engine, and was of spruce, ply and fabric construction.