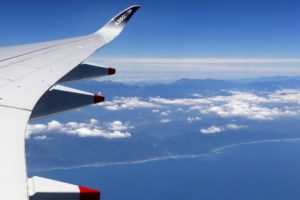 In 2017, the number of passengers transported by air in the EU exceeded 1 billion, with Bulgaria among the countries with the most solid growth of air passengers and passengers travelling through Sofia airport increased by over 30%, according to the European Statistics data.

Last year, 1.043 billion passengers travelled by air across the European Union, representing an increase of 70.5 million (or 7%) versus 2016, and 39% more than in 2009. Eurostat notes that during this period passenger air transport in the EU has steadily increased.

The EU air transport in 2017 accounts for almost half (47%) of total passenger air transport in the Union, outside the European Union – over one third (36%), while national air transport was less than one-quarter of the total number of passengers travelling by air (or 17%).

At the same time, the strongest growth compared to a year earlier in the number of airborne passengers was reported in Slovenia (up 20%), followed by Bulgaria, Luxembourg, Estonia and the Czech Republic (up 19%) and Romania, Croatia and Malta (by 18%).