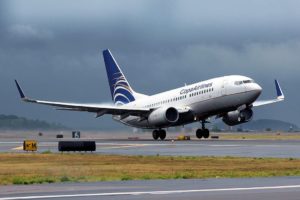 Analytical firm OAG Aviation Worldwide ranked the most punctual airlines in the world at the end of 2018 and concluded that the Panamanian Copa Airlines had the least delays and discrepancies with the schedule, according to the report “League of Punctuality-2019”.

The calculation was carried out on the basis of 58 million reports of flights on airlines and airports in 2018. Based on these data, a rating was compiled. The analysts accepted the flights that were completed within 15 minutes from their scheduled departure or arrival times in a timely manner. The rating included only those airlines and airports for which analysts had more than 80% of data on the time of departure and arrival of flights. Non-passenger and charter flights are not included in the report.

In the category “Main airports” (20–30 million departing passengers per year), Moscow’s Sheremetyevo Airport took the first place. The most punctual small airport (2.5–5 million departures per year) was the air transport hub of Minsk.