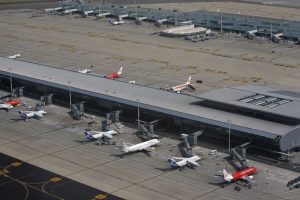 Passenger traffic at Brussels Airport in 2018 increased by 3.6% to a record 25.7 million people, mainly due to the expansion of the network of intercontinental flights. Meanwhile, the volume of freight increased by 5.8%, to 732,000 tons, which is the maximum in 10 years.

Brussels Airport, which celebrated its 60th-anniversary last year, has served at least 610 million passengers during its operations.

The number of passengers departing from Brussels airport last year increased by 4.3%, the share of transit passengers remained at the level of 18%.

The number of passengers on long-haul flights in 2018 increased by 18% due to the expansion of the intercontinental flight network of the Brussels airport. For example, Cathay Pacific has launched flights to Hong Kong, Hainan Airlines to Shanghai and Beijing, while Rwandair started flights to Kigali, the capital of Rwanda. New flights were also launched to Dubai (Emirates), Bangkok (Thai Airways), and Ethiopian Airways increased the capacity of flights to Addis Ababa.

Passenger traffic at Ostend-Bruges International Airport last year grew by 15% to 420,000 people, the volume of freight traffic by 20% to 28,000 tons.