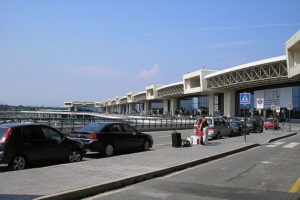 The largest airports in Italy served 185.7 million passengers in 2018, which is 5.9% more than in 2017, according to the data of the Association of Italian Airport Operators. At the same time, the volume of freight and mail shipments fell last year by 0.5%, to 1.14 million tons.

The number of takeoffs and landings of aircraft at airports in the country increased by 3.1%, to 1.6 million.

Milan’s Malpensa Airport, the second largest, recorded an increase in the number of passengers by 11.5%, to 24.7 million people. Third place last year was taken by the airport of Bergamo, located an hour from Milan and accepting flights of mainly low-cost airlines – served 12.9 million passengers. Another Milan-based airport, Linate, also entered the top 10 in terms of passenger traffic, despite a decline of 3.3% to 9.2 million.