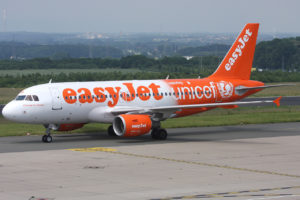 Passengers from EasyJet flight U28717 were stuck for hours at the airport in Porto instead of arriving in Lisbon, Portugal.

Easyjet plane Airbus A319, which was performing flight U28717 from London’s Gatwick airport to Lisbon, was diverted to the northwest city of Porto after flight crew were told that the runway at Lisbon Airport was closed. Passengers were disembarked from the plane for comfort and told they would be able to reboard the same flight once the plane had refueled.

Instead, after waiting five hours they were told the flight had taken off without them and the airline would provide replacement buses for the remainder of the trip.

Easyjet confirmed the accident and information that due to the runway at Lisbon Airport being closed, the delay “caused the crew to exceed their legal working hours limit” so passengers were instead offered a bus service for the rest of their trip.

EasyJet is a British low-cost airline headquartered at London Luton Airport. It operates domestic and international scheduled services on over 1,000 routes in more than 30 countries. It employs nearly 11,000 people, based throughout Europe but mainly in the UK.