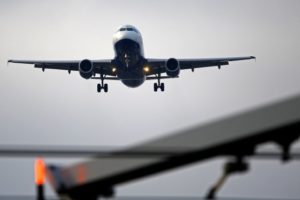 The past 2017 was the safest year in the history of commercial civil aviation, according to Dutch consulting company To70’s estimation. However, the year is “lucky”, despite the high levels of security.

“The past 2017 is the safest year for aviation at all”, says Adrian Young from the Dutch consulting firm. However, he said civil aviation still hides “a very high risk”. In his words, the main challenges for flights are new technologies, including lithium-ion batteries, which can cause fire, as well as the possible mental problems of the people on board.

The announcement of the “safest” year comes in the background of an unprecedented increase in civilian flights around the world.

The aviation security network reports that in 2017 there were ten aircraft crashes – five freight and five passengers, leading to the deaths of 79 people. That number is in times less than the 16 fatal incidents in 2016, in which 303 people lost their lives. The organization includes in its calculations all flights with smaller airplanes that are entitled to carry at least 14 people.

The heaviest incident for the past year was in January when a Turkish cargo plane crashed into a village in Kyrgyzstan, killing four crew and 35 people on the ground. The crash with the most victims on board was New Year’s Eve when a Cessna 208 Caravan crashed into the western parts of Costa Rica and took 12 lives.

The calculations are not included crashes with military planes or helicopters. Thus the most deadly air accident of the year – when the Myanmar military transport aircraft Y-8 crashed in June and killed 122 people – is not included in the total statistics.

Over the past two years there has been a steady decline in the number of air crash casualties. Only in 2005 there were over 1,000 deaths in commercial civil flights. According to the analysis, on every 16 million flights only 1 has a fatal accident, although the calculations were made before the Costa Rican accident.