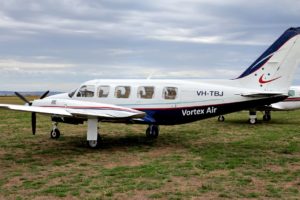 The pilot of the Australian airline Vortex Air, which organizes private tourist flights to Australia, fell asleep at the controls during the flight and missed the landing site for almost 50 kilometers. The incident occurred on November 8 aboard the Piper PA-31 Navajo aircraft, which was carrying out a charter flight from Devonport in Australia to the neighboring King Island, but the investigation of the incident began only now. The pilot fell asleep at the helm and flew 46 kilometers after the destination.

According to the flight tracking system, the airliner made a safe landing at King Island airport near the city of Curry. However, the Australian Transportation Security Bureau called the case “a serious breach” and is now collecting evidence. The results of the investigation will be announced in March 2019.

Fortunately, there were no reported injuries or more serious accident.

The Piper PA-31 Navajo is a family of cabin-class, twin-engined aircraft designed and built by Piper Aircraft for the general aviation market, most using Lycoming engines. It was also license-built in a number of Latin American countries.