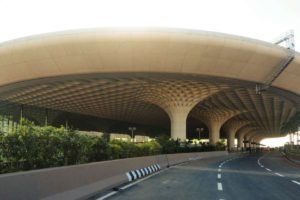 According to these data, a man named Qutubuddin Shahiwala called the police and told that a bomb was hidden in the suitcase of one of the passengers, who was due to fly to Yemen on Sunday morning. On arrival at the airport, security officers detained a 26-year-old girl, but did not detect any traces of explosives when checking baggage. During the interrogation, it turned out that Qutubuddin Shahiwala was a familiar with the woman, who had previously refused to become his wife.

The history of this unrequited love lasts several months. Qutubuddin Shahiwala met a girl on the Internet, followed by correspondence, from which it follows that the woman was going to come to Mumbai to see the father who was there at the treatment. Arriving in India, she decided to meet with her new acquaintance, who assured her that he was rich, although in reality he was an ordinary employee of one of the shops. At some point, the newspaper notes, the girl decided to put an end to this relationship, but Qutubuddin Shahiwala did not stop this. Having received a refusal, he began to call her every day, threatening to “create problems for her”.

During the interrogation at the airport, the woman learned the number from which the call was made about the impending terrorist act, and told the police about Qutubuddin Shahiwala. A few hours later he was arrested in his own house. He is charged with two articles of the Indian Penal Code, including intimidation.