The body of the uniformed, natural of Codazzi, was received in the midst of the pain of his loved ones, who believe that it was not an accident, but a homicide.

Relatives of Intendant Yair Caamaño Acosta, a native of the municipality of Codazzi (Cesar), who died when he fell from a helicopter carrying out an operation against FARC dissidents in Meta, asked the competent authorities to investigate the case, assuring that they do not believe in the version delivered by the Army that it was an accident.

“They killed my brother,” said Carlos Miguel Caamaño, in the midst of grief when, together with his parents and other relatives, they were waiting at the Alfonso López de Valledupar airport on Saturday for the body of the uniformed man.

He argued that Yair Caamaño had more than 20 years at the service of the National Police, and was about to retire in November. “He was a man experienced in operations, my brother was a companion in military operations, the first thing they do before entering the area is to make sure in the helicopter, but what they say is that it was an accident, which we do not believe, something happened in that camp that suddenly it did not suit them to know,” said Carlos Miguel Caamaño.

“We ask the Directorate of the National Police, the Ministry of Defense, to clarify these facts because the death of Yair can not go unpunished,” he said.

He maintained that “my brother was not a rookie, he had been working in helicopters for years, in air support operations, they have a security protocol before boarding the aircraft, so that does not lead to errors like these, we do not believe that It is an accident.” 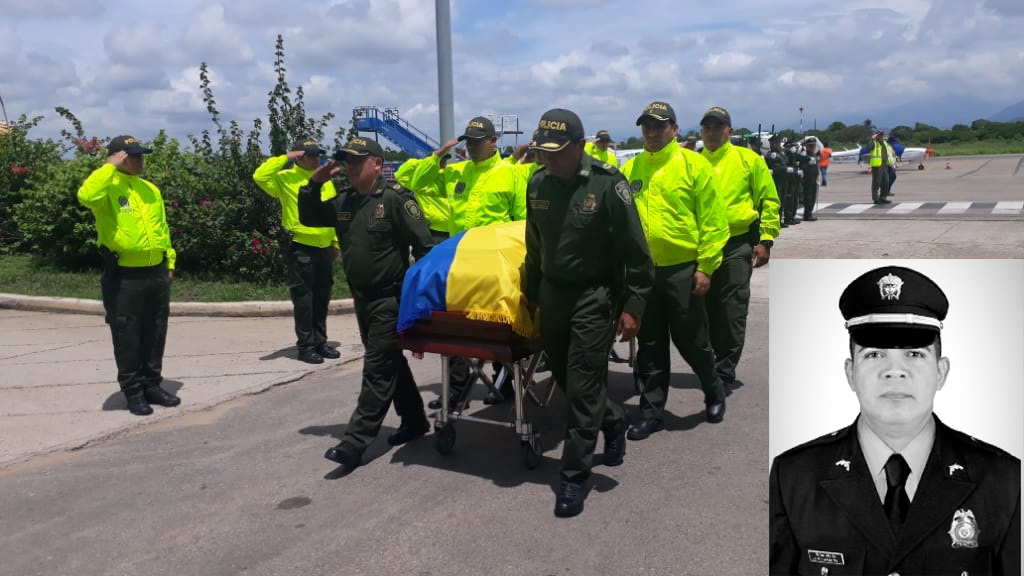 The mayor Yair Caamaño, 39, leaves two children, was waiting to retire to work independently with his father in the municipality of Codazzi. His relatives indicated that before getting on the helicopter from which he fell, he sent a photograph to his wife, which shows that he had all the security elements.

The body of the uniformed arrived on Saturday to Valledupar, from where he was transferred to his homeland to bury him, after he was honored in the police command.

In what became the last operation for the Caesarea mayor Yair Caamaño, at least seven FARC dissidents, who did not accept the peace agreement with the government, were killed in the Meta department by an elite army command, the Air Force and Police in a rural area of ​​the municipality of La Macarena, the General Command of the Armed Forces said in a statement.

The military information added that Mario López Córdoba, alias “Negro Edward”, was killed in the operation, which according to the authorities is close to the FARC’s dissident leader “Gentil Duarte”, whose real name is Miguel Botache Santillana.