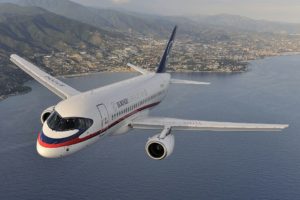 The engine manufacturer for the SSJ100 aircraft PowerJet, which is a joint venture between frrench Safran Aircraft Engines and the ODK-Saturn, will receive request for the production of the engines for the new version of SuperJet. the company expects to receive a detailed specification of the new version of the aircraft during the summer.

As previously reported, President Vladimir Putin supported the idea of ​​the Ministry of Industry and Trade to develop a new version of the SSJ100, agreeing with the allocation of about 85 billion rubles to the project. The new aircraft assumes fewer seats, and minimum imported components, including the possible replacement of the engine.

The representative of PowerJet noted that the company has already established long-term cooperation with the Russian aircraft industry, and “will gladly analyze the customer’s request”. The Russian United Engine-Building Corporation (UDK) was previously assured that they have “a reserve both for the creation of a new power plant and for the modernization of the existing one”.

The Sukhoi Superjet 100 is a fly-by-wire twin-engine regional jet with 8 to 108 (all economy) passenger seats. With development initiated in 2000, the airliner was designed and spearheaded by Sukhoi, a division of the Russian civil aerospace company (UAC), in co-operation with several foreign partners.