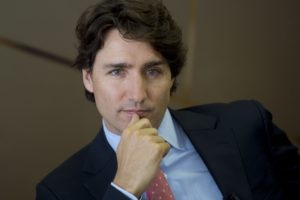 The Prime Minister of Canada Justin Trudeau will discuss with US President Donald Trump the trade dispute between the aircraft manufacturers Boeing and Bombardier, during his visit to Washington on October 10-11. This was stated on Sunday by the head of the Canadian Foreign Minister Chrystia Freeland.

“This is a very important issue and the prime minister will raise it during the conversation with Trump”, said Chrystia Freeland. She also expressed her opinion on the dispute between Boeing and Bombardier. “Personally, I would not feel at ease by spending Canadian taxpayers money on a company that attacks our aerospace industry”, added the Canadian Foreign Minister.

Earlier it was reported that Justin Trudeau will visit the US and Mexico this week (October 12-13), where, in particular, he will discuss with the leaders of these countries the future of the North American Free Trade Agreement (NAFTA). The fourth round of NAFTA consultations will be held in Washington on October 11-15. The third round of talks was held in Ottawa from September 23-27 and, according to the constituents’ tripartite statement, culminated in “significant progress”.

Earlier, US Department of Commerce found the Canadian aircraft manufacturer Bombardier guilty for price dumping for the C Series aircraft.

More about the trade dispute:
US Department of Commerce found Bombardier guilty for price dumping [27/09]