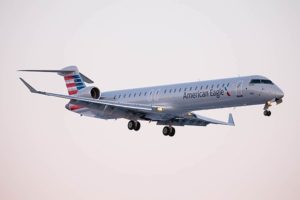 The American Airlines’ regional carrier PSA Airlines cancelled thousands of flights due to computer failure and technical problem. The technical glitch started last week, causing chaos among the flight schedules and resulted in about 2,800 cancellations.

“The regional PSA Airlines, which carries about 12% of the 6,700 American Airlines flights, canceled all flights on Tuesday morning, the company is working on a timetable and directing planes and crews to where they need to be to resume air travel”, said American Airlines in a statement. Later the company explained the problem with computer system failure, which was repaired on Wednesday and it’s close to returning to normal operations.

However, the full normalization of the situation may take several days, during which the airline will work on a shortened schedule.

The problem is not affecting any of American’s other regional carriers or its mainline operations.