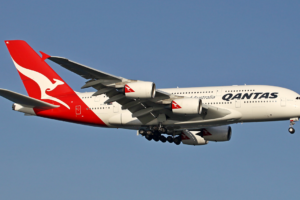 Australian airline Qantas changes transfer hub of flights to Europe from Dubai to Singapore. Earlier, the airline already flew through Singapore, but in 2012 Qantas agreed with the Emirates airline to use Dubai as a hub for flight to Europe in attempt to reduce costs. Now, the return to Singapore attests the growing attention of Qantas to the Asian market.

“This change will allow expanding business in Asia. The airline sees growing demand in Asia, and the current solution will allow the transfer of some of its Airbus A380 and A330 aircraft to Asian destinations”, said the CEO of Qantas, Alan Joyce.

Asia is a growing market and the company aims to return its operations there. According to analysts, when Qantas left Singapore, they left all the market. When Qantas entered into a deal with Emirates, its situation on the international market was not very attractive, it was not negotiations from a strong position.

Since then, the financial condition of the airline has improved, so that it can once again afford to fly through Singapore.

Recently, Qantas offered Boeing and Airbus to increase the maximum range of developed aircraft models. This will make uninterrupted flights over long distances, which will lead to the end of the existence of hubs in their current form.