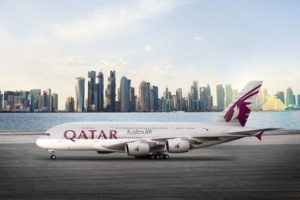 Qatar Airways decided to abandon acquisition of a stake in American Airlines. Qatar’s state-owned national airline claims that the decision was made after the American company conducted a “public disclosure of information”. This caused them to abandon the deal, as the purchasing of block of shares (10% from the airline capital) did not meet the airline’s goals.

“Further review of the proposed financial investment, taking into account the latest public disclosure of American Airlines, has demonstrated that the investment no longer meets our objectives”, said the official statement of Qatar Airways. “Qatar Airways will continue to investigate alternative investment opportunities in the United States of America and elsewhere that do meet our objectives”, adds the airline.

American spokesperson Matt Miller said Wednesday that the company “respects the Qatar’s decision to drop its proposed investment. “Our 120,000 team members remain energized and focused on taking care of those who entrust us with their travel needs”, added he.

The decision by Qatar Air marks a victory for American Chief Executive Officer Doug Parker, who called the proposed stake purchase “puzzling at best and concerning at worst”.