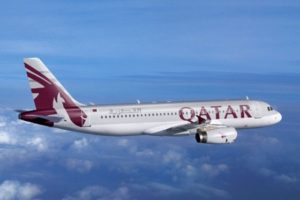 Qatar Airways can receive three new routes for civil aviation flights in the current emergency. The airline managed to agree with the International Civil Aviation Organization (ICAO) on the allocation of three air corridors in the coming days.

Qatar appealed to the ICAO after Saudi Arabia, as well as the UAE, Bahrain and Egypt in June completely closed their airspace for Qatar airplanes and canceled their air carriers’ flights to Doha. This forces Qatari planes to choose circumferential and expensive ways. Doha seeks the allocation of international corridors over part of the Persian Gulf, which is in the zone of responsibility of the UAE.

Doha found itself in political and economic isolation from neighboring states, which decided not only to break diplomatic relations, but also to introduce a transport blockade of the emirate, which is 90% dependent on imports. The restrictive measures apply to air traffic, maritime navigation and land transport communications.

The Arab countries of the Persian Gulf region – Bahrain, the UAE, Saudi Arabia, as well as Egypt, Yemen, the interim government of Libya, the Maldives and the Republic of Mauritius announced on June 5 breaking diplomatic relations with Qatar because of the support to terrorism and extremist ideology, its hostile policies and Interference in the affairs of the Arab States.

In Doha, they said they regret the decision taken by neighboring countries and consider it unreasonable. The parties have still not reached a mutually acceptable solution. The other day it was reported about the consent of Saudi Arabia to allocate air corridors for emergency situations, but Qatar denied these data.

Newer PostDomestic flight of Spirit Airlines delayed due to naked passenger in the cabin
Older PostSingapore Airlines operating profit increased by 45.6% in Q2 2017