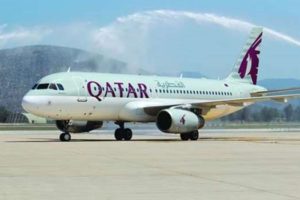 Qatar Airways will continue to renew airplanes every five years, despite the difficulties caused by the transport blockade by the neighboring countries. The news was confirmed by the executive director of the Qatar Airways, Akbar Al Baker, during the aviation summit of CAPA.

“Qatar Airways succeeded in overcoming the consequences caused by the ban on flying over the territory of neighboring countries. None of the 46,000 employees of the airline was fired during this time. In 2018, we opened 25 new destinations for flights, despite the conditions caused by the blockade, the number of aircraft up to 230, whose age does not exceed five years, and will continue to update our fleet”, said Akbar Al Baker.

Since June 2017, Qatar Airways cannot cross the airspace of neighboring countries – the United Arab Emirates, Bahrain and Saudi Arabia – due to the diplomatic crisis in their relations.

Qatar Airways is the state-owned flag carrier of Qatar. Headquartered in the Qatar Airways Tower in Doha, the airline operates a hub-and-spoke network, linking over 150 international destinations across Africa, Central Asia, Europe, Far East, South Asia, Middle East, North America, South America and Oceania from its base at Hamad International Airport, using a fleet of more than 200 aircraft.