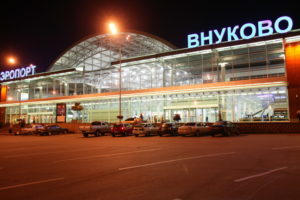 Qatar Airways intends to buy 25% of Moscow’s Vukovo airport. The memorandum of understanding will be concluded on March 26th during the visits of the Qatar’s Emir to Russia, revealed the General Director of the airline Akbar Al Baker.

A document will be signed during a two-day visit to Moscow by the Emir of Qatar Tamim bin Hamad Al Thani, who will meet with Russian President Vladimir Putin.

“I hope for eight weeks to come to an agreement on the details of the deal, then to sign a contract for the acquisition”, said the General Director Qatar Airways. Akbar Al Backer does not specify the amount and other details of the deal.

In 2016, in order to consolidate the company, the airport complex Vnukovo was estimated at 20 billion rubles. But the assessment was made at a rather inappropriate time for the aviation industry: for the first time in many years there has been a drop in passengers. Then, the Vnukovo’s traffic dropped 11.8% to 13.9 million passengers per year.

How the shares in the airport will change is not clear for now. According to the President’s decree on consolidation, the assets of the airport, not less than 25% plus one share, are required to remain in the representative of the state – Rosimuchishstvo.