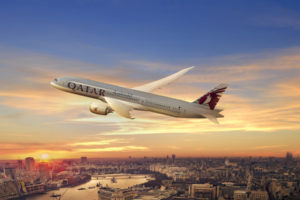 Qatar Airways lost more than 69 million USD for the year of the blockade of the country, which was introduced by its neighbors. Qatar’s flag carrier published its annual financial report on Tuesday, which showed lower revenue growth and a 19% decrease in seat occupancy on departure flights.

The company reports that this year has become “the most difficult for the last 20 years”.

“This turbulent year has inevitably had an impact on our financial results, which reflect the negative effect the illegal blockade has had on our airline”, said the CEO of Qatar Airways, Akbar al-Baker. “However, I am pleased to say that thanks to our robust business planning, swift actions in the face of the crisis, our passenger-focused solutions and dedicated staff, the impact has been minimised – and has certainly not been as negative as our neighbouring countries may have hoped for”, added he.

Recall, on June 5, 2017 Saudi Arabia, the United Arab Emirates, Egypt, the Maldives, Yemen and Libya broke diplomatic relations with Qatar due to the fact that the authorities of the emirate allegedly sponsor terrorist organizations and interfere in the sovereign affairs of other countries. Among other things, countries have forbidden Qatari planes to fly into their airspace.

Qatar Airways had to close 18 destinations. However, the company’s report says that the carrier opened 14 new directions. It is noted that the reorientation to other directions required a large expenditure. The company’s profit in the 2017/2018 fiscal year was 2.6 billion USD.