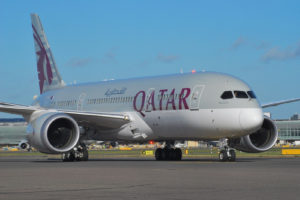 Qatar Airways expressed its support to Boeing despite the crisis with 737 MAX planes following the two deadly crashes. Regulators grounded the worldwide MAX fleet, but various airlines around the world kept their confidence in the US aircraft manufacturer.

“We have confidence in the Boeing airplanes and we are sure they will find the issue they had which is still under investigation”, said the CEO of Qatar Airways, Akbar al-Baker.

Qatar Airways, one of the largest Middle East carriers, is a major Boeing customer. It has ordered 20 MAX jets and committed to buying a further 40. It had received already 5 aircraft. The airline will delay the April delivery of a single MAX jet until the cause of the crash is known.

To supporters joined also Ethiopian Airlines, which was the operator of the latest crashed Boeing 737 MAX, expressing confidence in the planemaker. The carrier will work with Boeing and other airlines to make air travel safer.