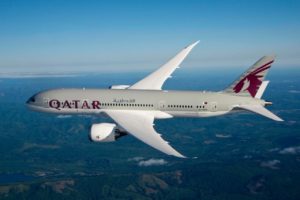 Qatar Airways has suspended flights to Saudi Arabia, the United Arab Emirates, Egypt and Bahrain amid a diplomatic scandal, reported on the company’s official website. The air carrier’s statement says that all passengers whose flights have affected this decision will be provided with alternative options, including full compensation for the inconvenience and delays.

Unfortunately for Qatar Airways, the lack of access to Bahrainian, Emirati, and Saudi airspace could have a devastating effect on its operations. This would effectively ground Qatar Airways.

Earlier it was reported that the airlines of Emirates and Egyptair had stopped flights to Qatar.

On June 5, Saudi Arabia, Bahrain, the UAE, Egypt, and then the authorities of eastern Libya, Yemen, Maldives and Mauritius severed diplomatic relations with Qatar. The reason was the accusations of Doha in supporting terrorist organizations and destabilizing the situation in the Middle East.

Over the past two decades, Qatar Airways has grown to become one of the most influential international airlines in the world. Qatar Airways Group employs more than 40,000 people, of whom 24,000 work directly for Qatar Airways. The carrier has been a member of the Oneworld alliance since October 2013, the first Gulf carrier to sign with one of the three airline alliances.