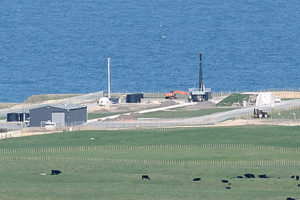 The mission was named This One’s For Pickering in honor of the American physicist and astronomer of New Zealand origin, William Pickering. The full launch record was posted on the company’s YouTube channel.

This launch of the Electron rocket was carried out as part of the company’s contract with NASA. Cubsat orbits created by students of American universities will be used for different purposes. For example, one of them will measure radiation levels in the Van Allen radiation belt to help better understand its possible impact on spacecraft. Another small satellite will have to test the effectiveness of compact 3D-printed robotic arms.

Electron is an ultralight class launch missile designed for commercial launches of micro- and nano-satellites. The length of the rocket, the development of which began in 2012, is 17 m, and the diameter is 1.20 m. According to the characteristics, it is able to bring a payload weighing up to 225 kg to a low near-earth orbit and up to 150 kg to a sun-synchronous orbit with a height of 500 km.

The main advantage of Electron is the relatively low cost of launching a rocket. With the help of Electron, the creators of small satellites can put them into orbit separately, and not as an additional load during the missions of heavy rockets.

The first launch of the rocket took place in May last year and ended in failure – three minutes after the launch, the rocket went into space, but the head part with the payload model did not reach the calculated orbit. The reason for this failure was the error of the telemetry system. The second time, Rocket Lab launched a rocket at the end of January of this year and successfully put a payload in the form of three small satellites into orbit, as well as its own bright satellite, which descended from orbit at the end of March to the joy of astronomers, who were prevented by the bright sphere.

Initially, Rocket Lab planned to carry out the third test launch of the launch vehicle, but in the end, decided to move to commercial missions. The company announced its intention to launch a commercial launch of It’s Business Time in late April or early May, but in the end it was launched only on November 11 – the launch vehicle launched six satellites of Spire Global, Fleet Space Technologies, GeoOptics Inc and the Irvine CubeSat STEM program, within which Californian schoolchildren make little satellites.